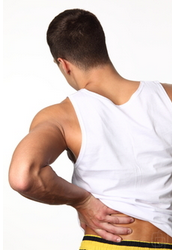 Whatever the reason is, I’ll leave that up to you, the reader to decide, because it’s an arguable topic that can’t be fully covered in one article. What I will suggest, based on the evidence I have seen and gathered on chronic low back pain dating back to 2002, is that in every single trial I have reviewed, Acupuncture outperforms usual care (drugs and physiotherapy) for chronic low back pain when compared head to head.

Starting with Thomas et al (2005), 8 Acupuncture treatments were compared to usual care from a GP (general practitioner). Measurements were taken 12 months after the interventions and Acupuncture was found to be as effective as usual care. However, 24 months after, participants that received Acupuncture were significantly more likely to report 12 months pain free and less likely to report the use of medication for pain relief.

Another trial by Haake et al (2007) compared 10 Acupuncture treatments to usual care from a GP and found that 47.6% of participants in the Acupuncture group had improved to a degree they considered clinically significant compared to 27.4% in the usual care group.

Finally, a trial by Cherkin et al (2009) compared 8-10 Acupuncture treatments to usual care from a GP found that participants receiving acupuncture were significantly more likely than those receiving usual care to experience clinically meaningful improvements on the dysfunction scale (60% vs 39%) and still showed benefit for dysfunction 1 year after completing the treatment, although it was less pronounced. 8 weeks after the trial, only 47% of participants receiving Acupuncture reported pain medication use (mostly non-steroidal anti-inflammatory drugs) within the past week, compared to 59% in the usual care group. This difference persisted at 26 and 52 weeks.

A few conclusions could potentially be drawn here when viewing these trials that are worth mentioning.

1) More future Acupuncture trials should include a usual care group, to evaluate Acupuncture against usual care for more conditions instead of in addition to it. Currently there are a lack of trials including this comparison.

2) Either Acupuncture is a powerful treatment (whether real or placebo) for chronic low back pain or drugs and physiotherapy are seriously incapable of being able to treat it.

3) Few adverse effects were reported in the Acupuncture groups related to their intervention. Acupuncture appears to be a safe intervention for chronic low back pain providing more relief than side effects.

4) If the participants are experiencing a nocebo effect by being randomized to the usual care group, then this would prove how involved the mind is involved in certain conditions like chronic pain and needs to be investigated further.

Either way, Acupuncture DOES appear to be providing relief for chronic low back pain for up to 24 months as measured by the studies, after as little as 8 treatments. Skeptics have suggested that a placebo response only lasts up to 12 weeks, and is limited in it’s ability to make any lasting physiological changes. Either they are completely wrong about the placebo effect, or Acupuncture is providing a real lasting specific effect that is providing relief for a chronic condition (8 years in the Haake et al 2007 trial).