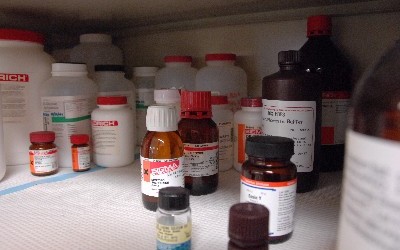 If you practice pharmaceutical medicine, or physiotherapy (physical therapy), you are considered to practice “conventional” medicine. And anything and everything else is considered part of the umbrella term CAM (Complimentary and Alternative Medicine). According to the hardcore pseudoskeptics, if CAM actually worked, it wouldn’t be classified under CAM, it would just be called medicine.

Funny enough, the biggest criticism of CAM, is that it’s not evidence based. And by evidence based, their definition means it hasn’t passed the ultimate test, the gold standard, the randomized double blind placebo controlled trial. (RCT)

Any type of healthcare treatment that is offered that isn’t based on pharmaceuticals, surgery or physiotherapy and hasn’t undergone and passed the test of the RCT is considered pseudoscience and quackery.

Coming from Acupuncture training based on  Traditional Chinese Medicine theory, I primarily prefer to treat pain. In fact, the laws in the province that I live in state that Acupuncture can be used to alleviate pain. Knowing that pain was a huge area of interest for me, I began to wonder what physiotherapy was doing right, and what Acupuncture was doing wrong. After all, every single hospital within a 50km radius of me has a physiotherapy department, and any time in the past when I had hurt my back, the medical doctor I would go see told me to go to physiotherapy if my back didn’t heal on it’s own.

So physiotherapy is the gold standard, it’s the “go to” for medical doctors when patients come in with musculoskeletal pain. So I began to look through the research journals for the mountains of RCTs that show physiotherapy is efficacious over a placebo treatment. Strange….. where are they?

The first placebo controlled trial I came across was a 2004 study measuring physiotherapy against a placebo treatment (sham ultrasound) for knee osteoarthritis. Physiotherapy and placebo groups showed similar pain reductions at 12 weeks and global improvements were similar in both groups at 12 weeks and 24 weeks showing no significant differences between the groups. The physiotherapy programme tested in this trial was no more effective than regular contact with a therapist at reducing pain and disability.

The next placebo controlled trial I came across was a 2014 study measuring physiotherapy against a placebo treatment (sham ultasound) for hip osteoarthritis. The between-group differences for improvements in pain were not significant, in fact the sham group did slightly better, but again it wasn’t significant. The function scores were not significantly different between groups either. Leading the authors to conclude that among adults with painful hip osteoarthritis, physical therapy did not result in greater improvement in pain or function compared with sham treatment, raising questions about its value for these patients.

A 1998 study showed physiotherapy to be no more superior than chiropractic alignment for chronic neck pain, of which chiropractic has often been referred to as quackery by the conventional medicine community. A 1993 study comparing exercise instruction with advice for daily life by a physiotherapist; placebo ultrasound therapy by a physiotherapist; or usual care by the general practitioner concluded that no differences in number of recurrences, functional health status, or medical care usage could be found among the three groups for acute low back pain.

Apparently there is no mountain of evidence proving physiotherapy superior to placebo in RCTs….. but don’t take my word for it, go have a look for yourself!

Let’s move on to surgery. Approximately 700,000 arthroscopic partial meniscectomies are performed annually in the United States alone with annual direct medical costs estimated at $4 billion. These are procedures to remove damaged cartilage from a knee joint to reduce pain. That’s a lot of knee surgeries, and a big cost to insurance companies or patients, almost $6,000 each surgery! So there must be a mountain of evidence of efficacy over placebo right? There have been two studies comparing surgery plus physiotherapy & medications vs physiotherapy & medications alone without surgery. Both the 2008 study and the 2013 study showed no benefit to adding surgery to the treatment regimen.  And in fact, two separate studies were performed comparing real surgery to sham surgery. In the first study done in 2002 participants either received one of two real surgeries or a placebo surgery (three small incisions were made and saline was splashed to simulate surgery but no instruments entered the knee). After the interventions, at no point (2 weeks, 6 weeks, 3 months, 6 months, 12 months, 18 months, and 24 months) did either arthroscopic-intervention group have greater pain relief than the placebo group. In the second study done in 2013 a real surgery was compared to a sham surgery in which no incisions were made at all, but the doctors pretended to perform a surgery by making the same sounds of a true surgery and pressing blunt instruments against the knee without any attachments. Again, at no point after the interventions were there any measured differences between the groups for knee pain and function.

At this point, I’m pretty discouraged. I mean, how many hundreds of thousands, if not millions of people are receiving treatments that are not proven to be beneficial above placebo? And worse, these treatments are being recommended by medical doctors! These treatments are considered conventional medicine! Why are they still being recommended? There’s a clear double standard. But I’m not done yet, we still have more to look at.

Acetaminophen….. one of our oldest friends also known as Tylenol. Now, Tylenol has been around since the 1950’s! It’s probably one of the most popular drugs in the entire world. Did you know that to this day, we still don’t even know exactly how Tylenol works? There are some proposed mechanisms, just like in Acupuncture! But no known, proven mechanisms. But wait, why is Acupuncture always being criticized for not having a clear mechanism that is observed, measured and understood? What about Tylenol? Where is the criticism of Tylenol? According to a 2008 systematic review on Tylenol for non-specific low back pain, no trial provided data comparing paracetamol (Tylenol) to placebo and only one trial compared paracetamol to no treatment. There is insufficient evidence to assess the efficacy of paracetamol in patients with low back pain. Well luckily, we did finally have one trial in 2014 that compared Tylenol to placebo for acute low back pain. Guess what they found? Results showed that between the treatment groups, there were no differences in the number of days to recovery; the median time to recovery was 17 days for the regular paracetamol group, 17 days for the as-needed paracetamol group and 16 days for the placebo group. The researchers also found that paracetamol did not have an effect on short-term pain levels, disability, function, sleep quality or quality of life.

This is almost insane! You’re telling me that Tylenol doesn’t have a mountain of data showing it’s benefit for back pain above a placebo, and in fact the one sole trial comparing it to a placebo for acute back pain showed it’s of no benefit? Where are all the doctors out there calling for an end to Tylenol for acute low back pain? Especially considering Tylenol use has risks, that have recently been showed to be underestimated in a 2015 review. A 2009 Cochrane Review for Tylenol and osteoarthritis found 7 RCTs comparing Tylenol to placebo and 5 of those 7 showed Tylenol to be superior to placebo. However, the benefit had a questionable clinical significance, which means it was not clear whether it had a real genuine, palpable, noticeable effect on daily life.

The final piece I want to talk about are antidepressants most commonly referred to as SSRIs (Selective Serotonin Reuptake Inhibitors). I’ll just touch on this briefly, because this is an entire can of worms of which I’m not qualified to comment on, so I’ll summarize the findings of other researchers and their conclusions. The old class of these SSRI drugs were and in some cases still are being prescribed on a massive scale. Two recent reviews have concluded in Kirsch et al 2008, Fournier et al 2010 that for minimal and moderate depression, benefits of antidepressant medication may be minimal or nonexistant compared with placebo. The only benefit appeared to exist in those with severe depression. Did this stop physicians from prescribing antidepressants to patients with minimal to moderate depression? Absolutely not. A physician blogger named Elana Miller MD stated on this exact subject, “But—dare I say it—so what? I prescribe antidepressants because I see people get better with them.”

CONCLUSION: I want to be clear, that I’m not anti-drug, I’m not anti-vaccine, I’m not anti-conventional medicine either. In fact, I’m not even saying that all drugs lack robust evidence. What I’m saying is, there is a clear double standard against CAM in which physicians can say things like “I see people get better with my treatment, I don’t care how it works” but if an Acupuncturist says, “I know Acupuncture is helping people get better, I just don’t understand how it works”, then he is laughed at and called a quack. This type of prejudice needs to stop. We should be focusing more on head to head studies comparing Acupuncture to drugs & physiotherapy to prove whose medicine is more beneficial for conditions like chronic pain, headaches, insomnia and certain types of stress and end the double standards in medicine for the benefit of all patients.