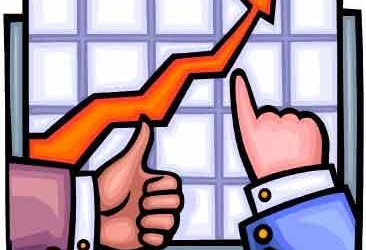 Is acupuncture a popular therapy? Is it becoming more or less popular? How does it compare to other therapies? Let’s look at the statistics for the available data that has been collected over the years.

A 1998 paper reported on two surveys for complimentary and alternative health usage in the United States. In 1990, with a population of 249 million, 0.4% of Americans had reported acupuncture use within 12 previous months. In 1997, 1.01% of Americans had reported acupuncture use within 12 the previous months. In 1990, massage was most popular at 11.1% with in chiropractic in a close second at 11.0% but by 1997, chiropractic went to most popular at 10.1% and massage dropped to 6.9%.

A 2002 National Health Interview Survey (NHIS), conducted in all 50 states and the District of Columbia found that 4.1% of respondents had reported life time use of acupuncture and 1.1% (representing 2.13 million Americans) reported recent use of acupuncture, , which was classified as within 12 months. Chiropractic was the most received care from a practitioner.

However, a 2007 National Health Interview Survey (NHIS) found that the number reported life time use of acupuncture had increase from 4.1% to 6.3% since 2002 and 1.65% (representing approximately 3 million Americans) reported recent use of acupuncture, which was classified as within 12 months. Chiropractic was the most received care from a practitioner.

According to a 2005 survey, 9.2% of adult Australians used acupuncture within the previous 12 months. The most common conditions treated were back pain and related problems and over 90% of the users of each therapy considered their treatment to be very or somewhat helpful. Chiropractic was most popular at 16.1%

These results are significantly higher than the United States.

In Germany, a 2005 survey reported that Acupuncture was the most popular complimentary and alternative medical treatment modality at 21% reporting use within the previous 5 years, with homeopathy also at 21%.

According to a 2012 report, in the United Kingdom, a total of 4 million acupuncture treatments were administered in 2009 with 34% being for musculoskeletal pain and 13% for psychological issues. The UK had a population of 62 million in 2009.

Annual utilization of acupuncture and/or moxibustion was estimated at more than 6%, and the percentage of those with a lifetime experience was ∼25% in a 2010 report.

What type of conclusion can we make for the data presented above? In the majority of countries, acupuncture use is growing and expanding, however in some countries it was more popular than others. Chiropractic appeared to be the most common complimentary and alternative therapy in the majority of countries and was far more popular than acupuncture in the countries analysed except in Germany. It does appear that the influence of acupuncture is growing, but it still has a long way to come if it wants to be considered one of the top forms of complimentary and alternative medicines utilized by patients around the world, especially in the western world.