Home › Blog › Who is recommending Acupuncture?

Who is recommending Acupuncture? 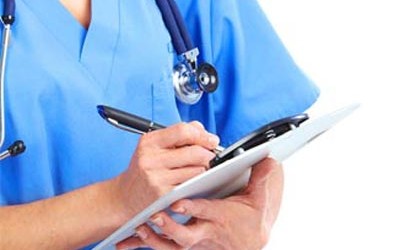 Acupuncture sure has it’s fair share of skeptics, despite gaining in popularity. But who exactly is recommending patients to acupuncture these days?

In 2007, a joint clinical practice guideline from the American College of Physicians and the American Pain Society was published. They certainly leave Acupuncture as a last resort, but end up saying:

In 2009, the Royal College of General Practitioners (UK) issued a report on the Early Management of Persistent Non-specific Low Back Pain in which they stated:

Consider offering a course of acupuncture needling comprising up to a maximum of 10 sessions over a period of up to 12 weeks.

The World Health Organization (WHO) has released a list of conditions it feels there is adequate evidence for acupuncture to be effective in it’s review and analysis. Since there are too many to list, I will just highlight a few.

Diseases, symptoms or conditions for which acupuncture has been proved— through controlled trials—to be an effective treatment:

According to the Mayo Clinic‘s page on Acupuncture.

Since acupuncture has few side effects, it may be worth a try if you’re having trouble controlling pain with more-conventional methods.

The National Cancer Institute has done it’s own review on Acupuncture for cancer related side effects pointing out results of several studies it had reviewed.

In 1994, 1,466 Norwegian physicians were surveyed on their attitudes to acupuncture and experience as acupuncture patients.

In 1999 and 2005, the attitudes of Japanese medical doctors toward complementary and alternative medicine were surveyed.

In 2000, the British Medical Association released a publication titled Acupuncture Efficacy, safety and practice that included a survery among British GPs on their recommendation of Acupuncture.

In a 1997 paper evaluating the use of Acupuncture among US physicians the authors concluded:

Physicians surveyed in this study who incorporate acupuncture into their practice do so mainly to treat pain problems. They are more likely to be in the 35 to 54 age group, nonspecialists, and in private practice when compared with national averages

In a 2005 paper published on use of acupuncture among physicians and non-physicians in the US, it had reported that:

And in a 2010 paper on a survey of selected physician views on acupuncture in pain management in the US.

And in the United States, Canada, Germany and other European countries, Medical Acupuncture has become increasingly popular among physicians, which is a style of acupuncture that doesn’t rely on the theory of qi and meridians, but rather an anatomical and neurological model. In some countries they have formed associations that only allows physicians to join.

In Germany, where Acupuncture is the most popular alternative treatment,  along with France, Austria and Greece you need to be a medical doctor to perform acupuncture.

Finally, in countries like Canada, United States and Australia where non-physician practitioners can practice forms of needling, there are practitioners ranging from chiropractors, massage therapists, naturopathic doctors, and physiotherapists who are now adding a variation of acupuncture called dry needling to their scope of practice, which is essentially the same as medical acupuncture used for deactivating trigger points and relieving myofascial pain. It seems like everyone is jumping on board the bandwagon of using needles.

CONCLUSION: Yes, acupuncture does have it’s critics, but they are among the same people that are recommending for the use of acupuncture for certain conditions, as well as receiving training and offering those treatments themselves for certain conditions. The most outspoken critics of acupuncture are medical doctors, but some of the biggest supporters of acupuncture are medical doctors as well. It does appear that some physicians are more interested in getting their patients well, rather than worrying about how their patients are getting well.